I don’t measure when making my waffles, pancakes, french toast, biscuits, and other breakfast goodies, but I think I have some sort of pattern that you can follow to make your own waffles.

Your kids may refuse to eat any other waffles including microwave, oven baked, or toasted.  Don’t say I didn’t warn you.

http://www.chicshadesofgreen.com/ – @chicshadesgreen on Twitter – posted about Genetically Modified corn… and I read it… and here I am getting ready to make waffles and checking my baking powder.  Guess who was relieved to find out that it was fine!  Needed flour though. Didn’t check that since it was already in a container, and out of the bag.

Don’t worry about the lumps.

I put my waffle iron on medium when I use butter, a little lower when I use oil.  I close my iron… and wait.  You can add vanilla to it, but I don’t.

If you try it out, let me know how it goes… Now on to the blogs!

http://field-negro.blogspot.com/ – @fieldnegro on Twitter – He’s a Jamaican political blogger.  He outed me a while ago as a Republican (that’s what my voter registration card says, but you can still be my friend – I promise, I am nice… I really am!) after meeting me at Blogging While Brown in Philly.  I go to his site every now and then to lurk – never comment.  Now that, as a Republican, I officially have no one to vote for in the presidential election, I go to his site to read up on the latest reason why.  I have never actually voted for a Republican candidate for president, but it would have been nice to have the option. *sigh*

http://rasberryconsulting.com/ – @msrasberryinc on Twitter – On her blog she asked do I trust myself… Uhhhh…. *thinking* Most of the time, yes.  When I am making decisions for the blog, the business, and the kids, I have to be pretty sure of myself, my plan A, and my plan B.  That is a good question to ask, and is probably something you should always ask yourself when you feel that doubt creeping in.

http://www.gricefullyhomeschooling.com/ – @gricefullyhsing – She has a huge list of homeschool field trips that are free or close… I am going to check out the local ones! I was especially happy about the Smithsonian’s Museum Day Live on Saturday September 29th.  I won’t be able to go, but you guys should check it out… http://www.smithsonianmag.com/museumday/venues/

http://moneysavingmom.com/ – @moneysavingmom on Twitter – Okay, I am about to ruin it for you, kinda. She used pancake batter. Now go on over and find out exactly why that was a bad idea, and how to keep it from happening to you. *I know – you can’t handle all the suspense – so get going*

http://houseofthe4risingsons.blogspot.com/ – @4risingsons on Twitter – You gotta check out her post from September 2nd.  If you have ever found yourself saying, “not now” (thinking – but not saying… “dammit! I said not now!”), when your kids want to play pretend (oh, and why is it always when you are burning the finger prints off your fingers trying to get something out of the oven?), read this post.  I am going to make it a point to do something fun and imaginative with them… tonight.

http://dawnwhispersandshouts.blogspot.com/ – @dawnwhispers on Twitter – a) Love her blog background and header. b) She has epilepsy, doesn’t drive, has twin boys, and likes to make people laugh – oh, and according to her bio, her husband does not… I repeat does NOT have a working plantation (yay!) OR wear a top hat (crap.) She strongly encourages us DC area folks to go to the National Book Festival coming up this weekend.  I just might make that one! Putting it on my calendar, and her is the flyer so that you can put it on yours…

http://www.huffingtonpost.com/2012/09/17/mitt-romney-helpful-to-be-latino_n_1891359.html – @mgsledge on Twitter – As you know, if you are a fan on Facebook, I became so very annoyed at Mitt Romney insinuating that he was the son of Mexican immigrants, when in fact, his family was American, living in Mexico because of the polygamy laws here in the states.  That was it. “Romney spent much of the primary season broadcasting a harsh stance on immigration, famously suggesting that he’d make life so unbearable for those in the U.S. without papers that they would “self-deport.” Then he moved gingerly to the center once he had clinched his party’s nomination, mindful of Latinos’ increasingly large slice of the electorate.” Ugh. Really? Again… ugh.

http://www.viewalongtheway.com/ – @KELLYatVATW on Twitter – Now there’s some highly pinnable stuff in the nursery chandelier post.  I love a good DIY project. This replaced a ceiling fan in a nursery.

http://www.supernovamommy.com/ – @supernovamommy on Twitter – I met her at an event on Internet Safety for teens a while ago, and I remember her telling me about how hard she works on getting info posted about the best events and activities in the area. If you are looking for something to do in the DC metro area, specifically Northern Virginia, this is one of the largest calendars you can find. I entered a giveaway for the Disney On Ice Show. Fingers crossed!

And that’s it for today.  Have a great day all! 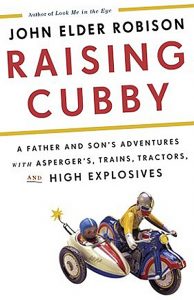 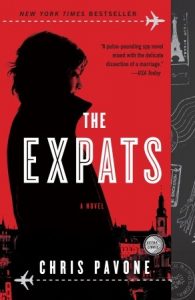