Whoever becomes president will have to overcome the tremendous amount of fear, distrust and cynicism that has built up in our children during this campaign season.  One candidate says we need to make America great again, when children have been taught that they live in the greatest country in the world. The other says that we are stronger together, when children didn’t know that the country was divided.

They remember when candidates from both parties talked about “change,” “hope,” “country first,” and belief in America. Today we find ourselves either moving backward to “make America great again,” or just giving up and saying, “I’m with her.”

My kids have always had a lot to say about the candidates and watch election coverage religiously.  This year, they haven’t been able to watch as much because I have no idea what may come out of Donald Trump’s mouth, or what Hillary Clinton may say to defend herself. Most times, she holds up a mirror, or just repeats what Donald Trump has said in the past, but even that is offensive.  They have Muslim friends and friends from Mexico and other parts of Central and South America, and can’t imagine a country where families like the ones they know and love would be treated unfairly. Today I took my children with me to vote.  They were nervous.  I get it.

Some of the most iconic photos of Barack Obama are with him and children who love and trust him, if for no other reason than he hasn’t given them a reason not to. When a candidate for the presidency, the highest office in the land, leader of the free world, says that he can do what he wants with a woman’s body, how can my daughter trust him? My oldest looks at how Barack Obama made it eight years, basically scandal free and is demonized, but a man with accusations that range from housing discrimination to rape could possibly take his place. He can’t trust that the best man wins. He is afraid that his countrymen to do the right thing when it really counts. He’s still one year away from voting… hands tied.

The kids can’t even get excited about the idea that we live in a time when we could possibly have a woman as president. She doesn’t even seem excited. It is as if she’s just saying, “Vote for me… because I’m not him.” It could be a valid reason, but it isn’t exactly a reason that builds trust in her abilities. If being better than Trump is the bar, even the kids can tell that it is a pretty low hurdle.

There have been tears in this house over this election.  The kids are genuinely afraid. In the words of my middle child, “the boogey man is real… and he is orange… and he might be our next President.”

Image is a photo I took of sketches from @paceofspace’s political cartooning assignment. Follow him on Instagram. 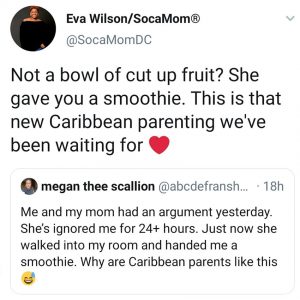 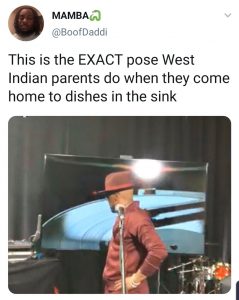 This Week In Caribbean Parenting Tweets