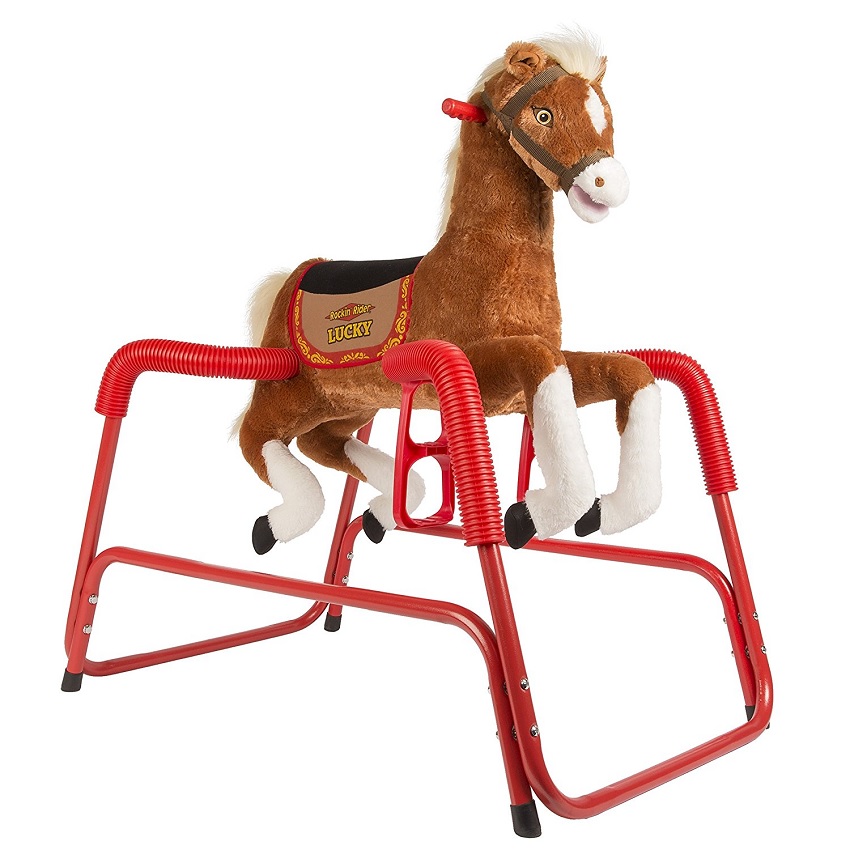 Earlier this year, I asked a few of my favorite Caribbean women about the pressure we feel to appear happy all the time, and how (or if) they deal with it when they feel it. It took me almost a year after talking with these ladies to write this post.  I realized I was still very bitter about not being allowed to feel whatever I was feeling without being labeled as “miserable.”

“I’ve gone through some heavy stuff and almost lost everything trying to put on a happy face.” ~ Julian Gravesande

I was often called “miserable” when I was growing up.  I had these great teeth, and I was supposed to show them off and smile all the time… I guess.  I chose not to.  If it wasn’t funny, it wasn’t funny.  If I didn’t feel happy, then I wasn’t going to smile.  It is just how I was, but that translated into, “one miserable child.”

“We have this “nuh carry yuh business outta road” mentally where we’re not supposed share our true feelings to others for fear of news carrying. At an early age, I hated this idea because sometime I was sad, upset or just quite frankly felt a hot mess and didn’t feel like putting on front.” ~ Mikelah Rose

“What used to make me unhappy was believing other people’s happiness was priority over my own. Keep smiling when your heart was breaking or you are not pleased, rather than articulate your displeasure.” ~ Nerissa Golden

I went to visit my family in Trinidad a while back, and an aunt started telling stories about me to the kids and my husband.  My kids sat and listened to be respectful, but my husband chose to excuse himself.  He wasn’t rude, but he was over hearing what an awful kid I was.

The story that got him up out of his seat was the one where I had plotted to hit my brother with a broomstick.  I had inherited my brother’s hobby horse, and it took me quite a while to get on and off of it.  I was two, going on three, and short.

Affiliate Link, Image via Amazon.com – Mine was plastic, and made in like… 1970, but it was kind of like this one.

Affiliate Link, Image via Amazon.com – I can’t believe they still sell these things…

My brother thought it would be fun to run up and hit me, then run off.  By the time I got off the hobby horse to exact my revenge, he was in the wind.  I’d get back on, and he’d wait until I was settled, run up, whack me, and run off again.  The hobby horse had a short stick that went into holes in the horse’s head that served as a handle.  I tried to hit him with it, but like me, it was too short.  So I apparently replaced the short stick with a broom… and waited.  He ran up to hit me, and rather than try to swing the stick, I just lifted it and let gravity do what it always does.  It hit him for me, and I didn’t even have to break a sweat.  He got what was coming to him, and I got labeled as, “miserable.”

“I recently broke up with a Trini guy primarily for this reason. He hated that I couldn’t keep up with his ‘120% positive vibrations 120% of the time’ lifestyle. That my insistence upon sometimes being sad or mad (what I like to call reality) was too negative for him. I had to let him go [because]I’ve spent too many years with a painted on smile while going bananas on the inside. I’ve can’t worry with other people feeling uncomfortable or awkward with my real self anymore.” ~ Alysia Simone

When I suffered childhood injustices, usually at the hands of my older, more likeable, brother I complained.  That wasn’t well received, so I was “miserable.”  A teacher asked my mother once, “why can’t Eva be more like him?”  For once, my mom stood up for me and said, “because she is Eva.”  At least I think she was standing up for me. I wasn’t there. She could have been rolling her eyes. She could have been hinting that “Eva” was synonymous with “miserable.” I choose to believe she stood up for me.

“I had a breakdown and was crying to him because I felt all this pressure to make all these important decisions about the boys alone. Instead of letting me cry it out then offer advice or console me he kept insisting that I had to buck up, I couldn’t fall apart. All this crying wasn’t helpful, and I had to be strong and show a good face for the boys. And I’m like, “can you let me have my moment!? Can you acknowledge the pain then we can do the cheerleader stuff later?” ~ Alysia Simone

Fast forward to homeschool co-op.  My oldest came home and told me that a teacher said that Li’l Bit was disrespectful.  I couldn’t imagine.  He said, “but I took care of it.”  I’m thinking… oh no.  He is so much like me… how badly did this go?  He says, “I just asked her to clarify.”  She said that Li’l Bit didn’t laugh when she said something funny like they did (my boys).  He said he asked her again what Li’l Bit did that was disrespectful, and she didn’t have an answer.  I asked Li’l Bit about it, and she said, “she isn’t funny, so I don’t laugh. If I’m not in a good mood, I may not be smiling.” My oldest said he laughed at the teacher’s jokes because if he didn’t it was just too awkward, but Li’l Bit doesn’t have to if she doesn’t want to, and that she shouldn’t get in trouble for that.

With her, like me, you get what you get, and some people think that is a good thing.

“You know how Caribbean people are about “problems”. You can’t say there’s something that’s bothering you so much that you feel like giving up because they’ll brush it off and label you as having problems or “yuh head en good,” so you put on a front and act like you’re a [gangster].” ~ Julian Gravesande

I like how my dad describes me, “yuh wasn’t easy.”

My dad’s favorite story?  I have never known my dad to walk without a cane or crutches.  The only way he could get me off of the floor as a baby was to scoop me up under my belly when I was on my hands and knees, because it was very hard for him to bend at the hip and knees.  I was “scoopable” when I was crawling, so he’d try to take that opportunity to pick me up.  Well, I caught on.  I would see or hear him coming, and lay flat on the ground.  He took that to mean that I was smart.  If I didn’t feel like being held, I just refused.  I was making decisions for myself and my body.  When he was gone, I’d get up and crawl off.  Sometimes he would pretend he was coming to get me so that I’d drop flat onto my belly, because he thought it was genius, and hilarious.  Other people hear that story and it is confirmation that I was born “miserable.”

“…in the community the pressure to show a happy face is huge.  From outside I hear, “oh, Caribbean folk are so laid back and happy,” so I’d feel some pressure to keep up that stereotype as well. I think when I hit my late 30’s I realized it was too much work.” ~ Alysia Simone

I am a generally happy person, I think that people just don’t catch me in that blissful state.  When I pull up to my house and the kids mash their faces on the glass to greet me, I smile.  When my husband brings home key lime pie, or some weird fruit he “discovered” at the grocery store, I smile. When I see that they’ve added a new season of a show I like on Netflix, you better believe I am grinning from ear to ear.

“I grew up not caring what people who didn’t know me thought of me because my mom cared so much [about what others thought]. It wasn’t until my teenage years that I understood what she was talking about, and why, and became so consumed with appearing right for others that I lost a sense of self.” ~ Mikelah Rose

Forty was a game changer for me.  I realized that people may not like that my feelings come out of my face, or my mouth, but that’s okay.  It isn’t selfish to be honest about my feelings, because my intention isn’t to cause anyone discomfort.  I don’t frown to make other people angry.  I don’t ration out my grins to purposely upset anyone.  It’s just… me.

“Now I’m like screw everyone and everything. I’ll be unhappy when I need to and let my emotions do what they need to. The bottling up is what causes you to want to give up on everything. I speak my mind when people tell me I’m being too emotional. No one is spared from it because they are not in my shoes and can’t possibly dictate my emotions.” ~ Julian Gravesande

“I dealt with it by breathing and being still…meditating. I guess is what that was. Praying didn’t help… So I was gentle to myself and very cautious with expectations from other people.” ~ Pascalle

“I realized there’s balance, I think I’m regaining the rebellious spirit, not giving a *bleep* spirit, mixed with the mindfulness spirit, without letting the pressure overwhelm me.” ~ Mikelah Rose

“Freedom came when I realised that to be my best self required that I live happy, articulate when I was hurt and what I needed, and expect that others wanted me happy too… on my terms.” ~ Nerissa Golden

I’d be lying if I said that the Caribbean family’s resilience and ability to laugh through the pain hasn’t been a comfort to me at certain times.  Telling my dad I was pregnant (and not married or in love), trying to convince my mom to walk after knee surgery, the passing of loved ones… those have all been made more bearable with a joke or a smile.  The difference is that when the pain is acknowledged, the smile that comes after it is somehow different.  It isn’t pretending that the feelings aren’t there, but smiling in spite of them – because I want to, because I need to, not because I have to.

Big thanks to these amazing Caribbean women for sharing their stories:

Do you feel pressure to appear happy?  Do you think it is cultural?  Is there a gender factor? Weigh in in the comments! 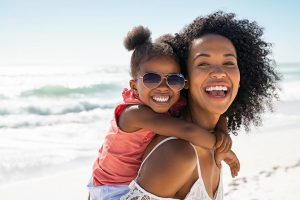 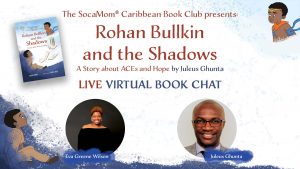