In July 2012, Siwe Monsanto, the daughter of one of Ikpi’s close friends, committed suicide at the age of 15. At the age of 6, Siwe’s mother saw how sad her child got at times, how introverted she became, and how her tears fell often. Committed to saving her, Siwe’s mother took her to doctors and hospitals for medical diagnosing, and to dance classes, music classes and writing workshops for personal healing. Nothing worked. After three suicide attempts, the black hole of depression finally engulfed her.

Siwe’s decision to take her life speaks to the dangers of not knowing how to deal with mental illness – dangers that are especially pronounced in the global black community where mental illness is often stigmatized and misunderstood. Exactly one month after Siwe’s death, Ikpi began laying the foundation of what would come to be known as The Siwe Project. Though she has been a mental health advocate for years, often writing about her own battle with Bipolar II Disorder in such outlets as Essence, The Huffington Post, and The Root, it was Siwe’s death the propelled Ikpi to work to create a world in which people of African descent can began to articulate what they are feeling, openly share their experiences with mental health challenges, and feel supported in seeking treatment without shame.

“When I was first diagnosed with Bipolar II Disorder, I was scared,” says Ikpi. “Not only was my life changing, I was terrified that no one in the world would understand. None of the stories I read about dealing with mental illness were written by people who looked like me or shared my experiences. I decided that if I couldn’t find stories that reflected my own, I had to start telling my story myself. I have found that not only am I not alone, but that there are people searching like I was searching.”

Ikpi’s deep connection to the art of storytelling is a key tool that The Siwe Project will utilize. Based in Lanham, MD – with partner organizations being launched in London, Johannesburg and Abuja – The Siwe Project believes that sharing stories not only fosters individual healing, but community transformation. The Siwe Project will strategically use new media to cultivate safe spaces to share new stories. Additionally, the organization will create peer developed and directed, culturally competent mental health awareness campaigns targeting people of African descent; provide access to self -advocacy tools and resources for individuals of African descent seeking and accessing mental health treatment; and provide insight to loved ones into the unique lived experiences of people of African Descent with mental illness.

The Siwe Project works to widen the public dialogue regarding the experiences of people of African descent living with mental illness. By providing opportunities for dialogue and personal narratives, The Siwe Project aims to encourage more people to seek treatment without shame.

“The Siwe Project will be a home for people to share their stories and find lives that reflect a myriad of experiences,” says Ikpi. “Hopefully, each of these voices coming together can help encourage and provide strength to those scared and seeking. It will also be a place for those who love people with mental illness to get a real and intimate view of what living with mental illness is all about. We hope to promote understanding and patience. We hope to provide safe space. The Siwe Project is here to remind you that there is hope and you’re not alone.”

Tickets for the launch of The Siwe Project are $10 and can be purchased here: http://thesiweprojectafterparty.eventbrite.com/. All money raised from the event will go to support The Siwe Project initiatives and programs.

Podcast on Homeschooling and Self Care with Inside Outer Beauty 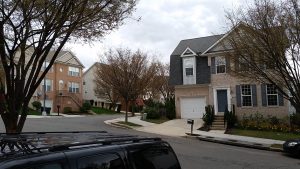