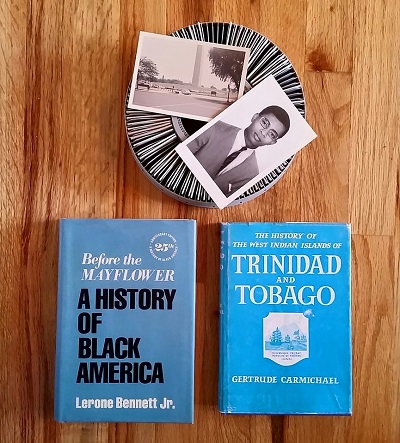 For Black History Month, AT&T has challenged all of us to investigate moments that matter in Black History. We all know, or should know, the big moments like Althea Gibson’s Grand Slam title, Martin Luther King Jr.’s “I Have a Dream” speech, the election of America’s first African American President, Barack Obama, but what are the moments that led up to the historic victories, inventions, and accomplishments in Black History? How does your family history figure into the larger picture that is Black History in America?  As a Caribbean American, I am proud of the accomplishments of Black Americans as well as the contributions to Black History that people of Caribbean descent have made to technology, culture, politics, art, and the law.

The year my dad was born on the small Caribbean Island of Tobago, American President Franklin Delano Roosevelt’s Executive Order 8802 desegregated war production plants and established the Fair Employment Practices Committee in the United States. My dad arrived in the United States in 1965, the year Malcolm X was assassinated.  He was in his third year at Howard University when Martin Luther King Jr. was assassinated and Washington, and DC was engulfed in fiery riots.  He graduated from Howard University School of Law in May of 1974, and later that year, he began working on writing policy for the newly enacted Employee Retirement Act of 1974 (ERISA). Shortly after that, I was born.

“Now in its eighth year, AT&T 28 Days is a project close to all of our hearts at AT&T. We’re proud to put a special focus on celebrating how African-Americans have impacted our culture and highlighting those we believe will have an impact in the future. Our century-long history of innovation is a story about people from all walks of life and all kinds of backgrounds coming together to improve the human condition. When you look through our Moments that Matter visual album, you will see many images that speak directly to that heritage of diversity at AT&T. But celebrating our history is just part of what 28 Days is about. We also want to shed light on the people, tools and resources within the African-American community supporting constructive change across the globe. To that end, we asked modern-day, black pioneers to share how they navigate through a world moving at the pace of technology and innovation.” ~ Jennifer L. Jones, Vice President of Diverse Markets at AT&T Mobility (Read more at http://28days.att.com/about)

I went down to South Carolina to visit my dad. While I poured through his collection of newspaper clippings, slides, photos, and home movies, he talked with the kids about his journey from Tobago to America, the importance of getting a good education, and Star Trek. I mean, he is MY dad, so that was going to be in there somewhere. He made them peanut punch and ginger beer, and just hung out – being grandpa. Eventually he put on his suit and power tie, left the kids to be spoiled by Gramma Stela, and went to his office in downtown Aiken for an interview.

He has gotten up in front of judges and juries for the last 35 years, but sitting in front of me, lights on, camera on, and mic boom looming overhead, he seemed nervous.  “I’ve never done anything like THIS before,” he said.

My dad’s arrival in Aiken was met with a newspaper story, and many others followed through the years, so I was not buying that it was the camera and questions that made him feel nervous. Maybe it was me, his little girl, sitting in front of him looking super serious, pen and paper on my lap, or the fact that he was not totally sure who would see and hear the final product. Eventually, we just started talking, and he forgot that the camera was there – sort of. He was a real professional, and just like that, I was 5 again, in awe of this man, my dad.

You can also participate by sharing a photo for a chance to win a tech makeover prize pack of Samsung products from AT&T 28 Days.

2.  Submit an original photo that represents a moment that mattered to you, with a brief description and/or caption explaining why.

3.  The tweet or post MUST also include the hashtags of #ATT28Days and #contest to be considered a valid entry.

This post is sponsored by AT&T. I have been compensated, and as always, my opinions are my own. 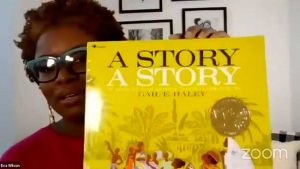 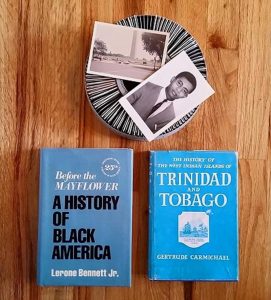