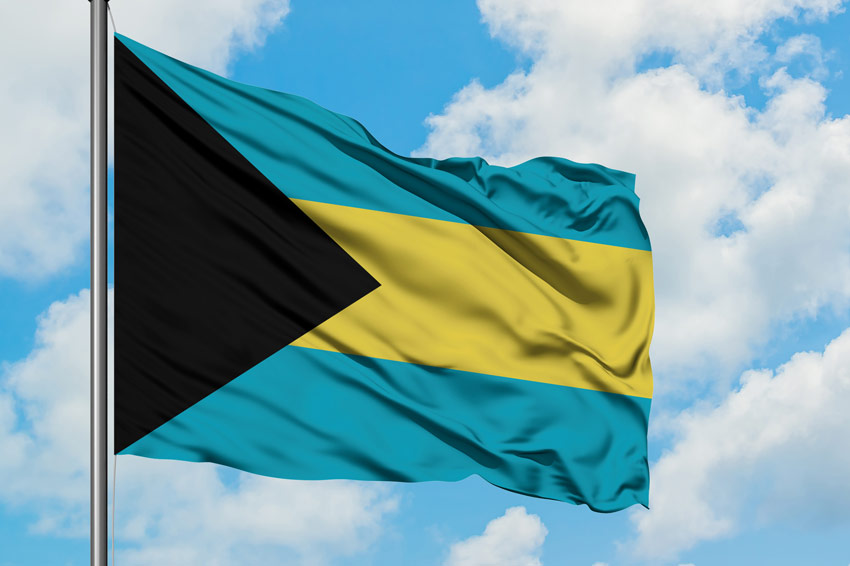 Today Bahamians celebrate their independence day with a weeklong celebration starting on July 3rd, leading up to the big day on the 10th. It’s much like the way independence day is celebrated in America with festivals, music, dancing, and fireworks.

Download for Kids: Coloring Page – The Flag of the Bahamas

There are extravagant carnival parades, and everyone wears blue, yellow, and black, the colors of their flag.

The Bahamas is a Caribbean country located about 50 miles off the coast of Florida. It has 700 islands with a population of 385,640 people.

On Friday, July 10, 1973, The Bahamas gained their independence from Brittain after 325 years. The Bahamas became a British colony in the 17th century. Most native Bahamians were killed off by disease and slave masters.  Black slaves were brought from Africa to the Bahamas to work on plantations in their place. Black people now account for 93 percent of the population.  Slavery ended in 1834.

Britain granted self-rule to the Bahamas in 1964, and 3 years later the Progressive Liberal Party gained control, led by Lynden Pindling, their first Prime Minister. The Progressive liberal party was a predominantly black populist party, founded in 1953, that focused on the needs of the people. They were only rivaled by the United Bahamian Party, a conservative party that focused on minority white interests. The United Bahamian Party dissolved in 1971, just before the Bahamas gained independence.

It’s important to celebrate the Bahamian Independence Day, whether you are quarantined in America, or still in the islands. In times when we all feel separated and isolated it makes it that much better when we unite around something we have in common, and celebrate freedom. Connecting with our culture and our history can help us feel rooted in something bigger than us.

Thinking about visiting the Bahamas? Check out this session from the SocaMom Summit with Summit speaker, Kristy Morris, Digital Media Coordinator at The Bahamas Ministry of Tourism & Aviation.