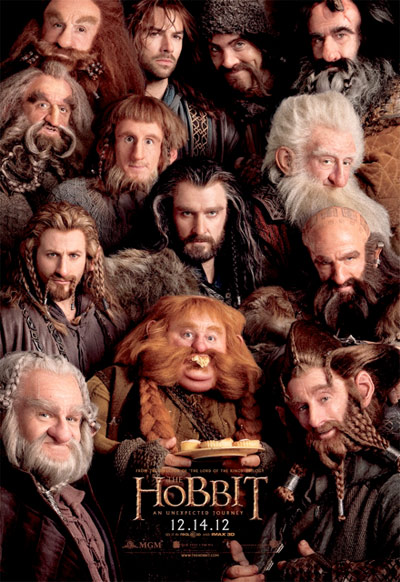 I’m a pretty lucky mom – or really, my boys are pretty lucky sons. They have a mom who’s pretty excited about movies like Lord of the Rings, Star Trek, X-men, John Carter, all that.  So when I told my oldest that we were going to see the Hobbit, he knew that it would be just he and I, no little ones, and that I’d be awake. I had no trouble getting him to complete his school work today, because he knew that if he didn’t finish his work, he wouldn’t be going.

This is SO not the Seven Dwarfs.  Image Credit Warner Bros.

Synopsis: The adventure follows the journey of title character Bilbo Baggins, who is swept into an epic quest to reclaim the lost Dwarf Kingdom of Erebor from the fearsome dragon Smaug. Approached out of the blue by the wizard Gandalf the Grey, Bilbo finds himself joining a company of thirteen dwarves led by the legendary warrior, Thorin Oakenshield. Their journey will take them into the Wild; through treacherous lands swarming with Goblins and Orcs, deadly Wargs and Sorcerers. Although their goal lies to the East and the wastelands of the Lonely Mountain, first they must escape the goblin tunnels, where Bilbo meets the creature that will change his life forever…Gollum. Here, alone with Gollum, on the shores of an underground lake, the unassuming Bilbo Baggins not only discovers depths of ingenuity and courage that surprise even him, he also gains possession of Gollum’s “precious” ring that holds unexpected and useful qualities… A simple, gold ring that is tied to the fate of all Middle-earth in ways Bilbo cannot begin to know. – Warner Bros.

I’ve seen all of the Lord of the Rings movies, so as far as the action and visuals – I knew what to expect… I thought. Apparently, it has been a while – AND I haven’t watched it next to an excited teenager.  I sunk into excited teenager mode myself, sniggling, giggling, and whispering with my son at all the good stuff.  It was like going to the movies with a… oh, I dunno, a PERSON!  So many times I go to the movies with the kids, I feel like the transportation, the bathroom escort, and the waiter bringing all the snacks balanced in both hands and on my head (may as well be).  Not this time.  I actually laughed out loud. Loud.

This movie did earn that PG-13 rating. There was no cussing, sex, or nudity – unless you include the scantily clad (but not at all sexy) goblins, orcs, and Gollum.

There was a lot of violence…The characters aren’t technically human – but the casualties of the “human-like” creatures included at least one beheading… and that head being thrown.  The casualties for the not so human like creatures were numerous.  Lot’s of beheading, stomach slicing, knee-capping (not so awful to look at, but it can make you cringe), arm chopping (like.. off.), and general war like behavior was all over this movie.  If you go to see it, expect it.  The movie poster gives you more of a Seven Dwarfs kind of feel, right?  Well, these dwarfs were not skipping through the forest and singing… well, they did sing at least twice.  Unlike the Disney Dwarfs, there were twice as many, and they were wielding weapons from slingshots to swords.

There were all kinds of things that a thirteen year old boy would like… boogers, swords, mud, monsters, running, jumping, falling, fire… all that.  So I was the cool mom for a good 2 hours and 45 minutes.  Did I neglect to mention that? Yes, it had to be good for ME to be awake and engaged for that long.  Like most moms, you give me a dark room, quiet kids, and a snack, and I’m knocked out.  The Hobbit, an Unexpected Journey, is an opportunity for moms to hang out with their teenage boys, with not one single awkward moment because of a random boob flashing across the screen, make-out scene, or over the top kiss.

There are some witchcraft mentions – more than the usual wizardry thing I expected, but they didn’t go too far into it.  It may be revisited in the other two movies scheduled for 2013 and 2014, so you’ve been warned.

“That’s it?!?!? Noooooooooooooo,” complained the Boy when it was over.  He kept telling me that there were battles that didn’t happen, things that they didn’t talk about yet, and that there had to be more.  We sat through the credits, and sadly – that was it.  the people in front of us chuckled at our conversation.

“You should stop reading books – then you won’t be disappointed,” I joked.

“That WAS a long book,” he sighed. “How could they just end it like that?”

“That’s how they get you to come back and see the rest of the movies.”

“I guess you’re right – It was pretty long. That’s wrong though. How could they do that?!” he continued to complain.

“You’re going to come back and see the other two right?” I asked.

“That’s how… mission accomplished,” I said.

Bottom Line – should you go see it?

Yes, IF you are into the Lord of the Rings type movies.  If you aren’t into armor clinking, sword swinging, and all that, you may not love it.  There were some real “laugh out loud” moments.

Like I said, it earned that PG-13 rating.  Even my 13 year old jumped a few times, and I could hear him whisper, “gross” and “creepy” a few times.  I’d suggest it for kids 13 and over – but as always, you know your kid and what they can handle, so trust your gut.

More about the movie…

Based on The Hobbit by J. R. R. Tolkien

Disclosure: My son and I were given passes to see this movie for the purpose of writing a review.  As always, my opinions are my own.  For more information click on “About”. 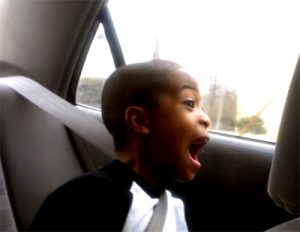 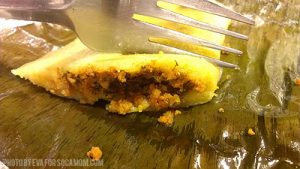 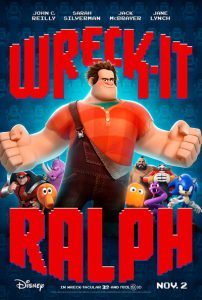