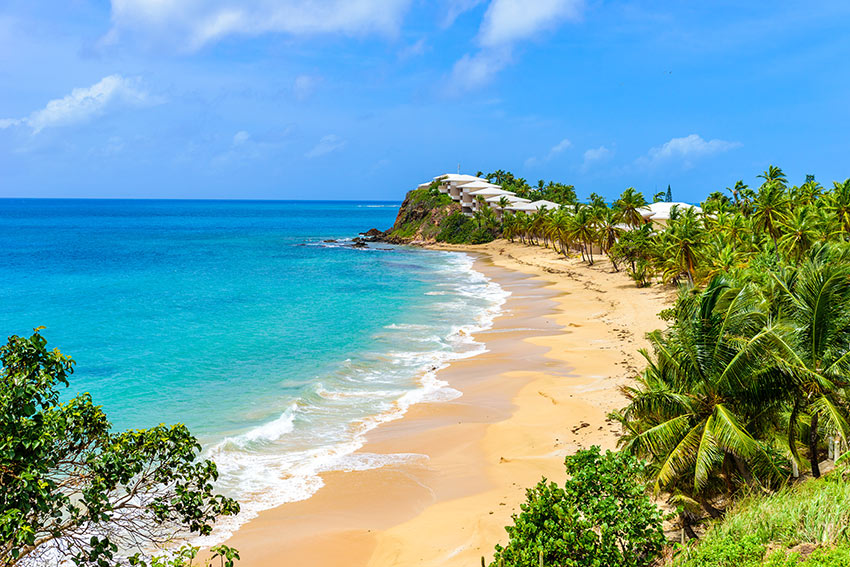 We called it. At the SocaMom Summit, I asked our experts what should be done about those who have certain feelings about masks and testing. Living here in America, specifically the Midwest, I have seen people protesting wearing masks (it’s a piece of cloth – sheesh) with guns on the statehouse steps. I couldn’t imagine what it would be like if these individuals got passports to escape the “tyranny of the mask” and the steadily rising numbers in the United States for a relaxing vacation in one of the pristine beaches in islands of the Caribbean.

The place where you’re going to recover from all of this has real people who have the same stresses you do, and who also want to be healthy and are going out of their way to welcome you and maybe put themselves as a little bit of risk to make sure you have a great vacation. I think the least that you can do is put on a mask. You know in fact on my website we have if you didn’t get one, there are masks – I have a list of places in the Caribbean that you can buy very cute Caribbean made masks… You have no excuse put that mask on.

Europe has already said “no” to travelers from certain countries – including the United States. But with no such ban in place in any Caribbean country, the doors to the Caribbean slowing swinging open to Americans. In The US, there are over 2 million cases spanning every socioeconomic group, and that number is rising among the privileged – and unmasked. Will they submit to testing? Will they respect the laws of the nations they are visiting? Will the countries push back or fear being labeled as a difficult country to visit?

I think it’s a gesture … of respect to wherever you’re going. You recognize that you are a visitor there and you adapt to the norms of where you’re going. So for me if you want to travel and you want to go to Jamaica or Antigua … you know what the protocol is here in America for our for being in the airport and being on the plane that you have to have a mask. Don’t think that it’s going to be different when you get to the Caribbean.

When videos started coming out of Jamaica with travelers detailing their experience with copious amounts of hand sanitizer, testing, checkpoints, waiting, and paperwork, some travel advisors in the US said they wouldn’t put their clients through that, and were looking for other countries where protocols may be less stringent.

And now we come to the trouble in Antigua.

On May 22, Antigua and Barbuda issued a travel advisory detailing the protocols for traveling to the country under the phase one reopening plan. JetSetSarah, discussed this during the Socamom Summit. It included testing, results within 24 hours, and quarantine after getting a positive result. Some have been curious as to why infected tourists cannot just be put on a plane back home. Part of the reason is that countries have a responsibility to one another, not just for protecting themselves and their citizens. To put an infected person back on a plane, would be irresponsible as part of a global community that is fighting a pandemic. Internationally, a 14-day quarantine is recognized as a way to slow the transmission of the virus, and countries have been working to implement the recommendations of the World Health Organization (WHO).

Related: The WHO’s Top Five Priorities in the Fight Against COVID-19

The day they received their positive COVID-19 test results in Antigua, some tourists booked flights to return to the US immediately, flouting the mandatory quarantine requirement.

Antigua and Barbuda opened its doors to travelers beginning June 4. It took less than a month for protocols to be tested. And it wasn’t about wearing masks, it was about testing and mandatory quarantine.

According to the Prime Minister of Antigua and Barbuda Gaston A. Browne, tourists are threatening to take legal action because of mandatory testing upon arrival in the country.

“Some guests are saying you don’t have the right to put anything in my nose.”

He also said, according to AntiguaNewsroom.com, that this could force changes in the protocols put in place by health and safety officials. He revealed that no only had tourists stated that mandatory testing violated their rights, but that being required to stay in Antigua and Barbuda if they received a positive result was a violation of their rights as well.

The government is now considering revising the reopening plan to include pretesting, allowing tourists to get tested before they arrive in Antigua and Barbuda.

Are you ready to travel to Antigua? What would you do if you tested positive while on vacation? Let’s talk about it over on Facebook! 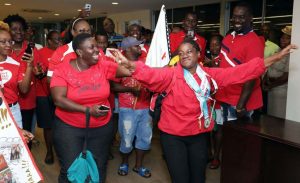