Chantal Miller: What I want to know is, what were you listening to in your home, in New York?

I am blessed to be attending one of the most amazing law schools in the world, one that not only teaches you the law, but teaches you where the law comes from and why it matters. I have a class that discusses intellectual property and hip hop, and one of the presentations was about the influence of Caribbean culture on hip hop. This was one of the videos that was shown in that class.

I grew up listening to A Tribe Called Quest, and the news of Phife Dawg’s passing was heard to read and process.

“Here’s a funky introduction of how nice I am, tell your mother, tell your father, send a telegram…”

Malik Isaac Taylor was born on November 20, 1970. He was known as the “Five Foot Assassin” and “The Five Footer” because of his short stature. But how his it that this 5’3″ rap legend ended up in not one, but two NBA video games as a character?

He was a sports junkie, and frequently ‘scoped (Periscope) to share his thoughts with fans.  He had a sports talk show, and appeared on several other talk shows, like ESPN, to share his opinions on sports and rap – often combining the two.

It was no secret what a proud Trini he was. In a piece on ElectronicBeats.net. Phife talks about his mom, his dad, and his Trinidadian roots.

“I grew up in Queens, but my parents are from Trinidad. My mom came to the States when she was 13, and my dad came later—he was 18. But they grew up on the same block in Trinidad. She’d always go back to visit when she was in high school, and that’s how they linked up again. And eventually he came to America and they decided to get married. My mom had me when she was 19 and my dad was like, 21. But he came to the States way after that. He came for her. They didn’t really pick up on that kind of music until they came to America. My dad was always into music; my mom is a poet. They probably discovered it together. I don’t know how much my mom knows about hip-hop in general—I think she thought it was a fad, just like everybody else. But when she caught onto our music, she was in love with it. She’s pretty much been to every show in New York, Baltimore, DC. She listened to everybody in hip-hop. She likes Common, she likes Nas.”

Tribe Called Quest, Fu-Shnickens… those groups were part of the soundtrack of my life growing up, and I loved how I could find little Caribbean influences, lines, references, a touch of the dialect or patois, in the lyrics and style of the music. This hip hop pioneer endured health struggles including a diabetes diagnosis at 20, and a kidney transplant from his wife at 38. He was back on the list for another transplant at just 42. Never one to fully separate his life from his art, he calls himself the “funky diabetic” in “Oh My God” off of the Midnight Marauders album.

In this video, he can be seen rocking the red, black, and white… yes it is a New Jersey Devils hockey jersey, but I like to think that even though he might have liked the team, that he loved those Trini colors even more!

Phife Dawg died on March 23, from causes unknown. He will be missed by family, friends, hip hop fans, sports fans, and the Trini-American community. 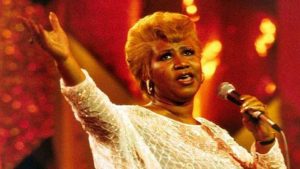 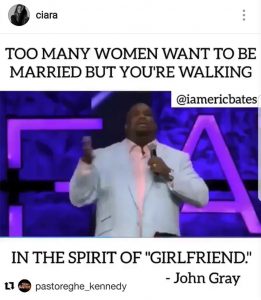