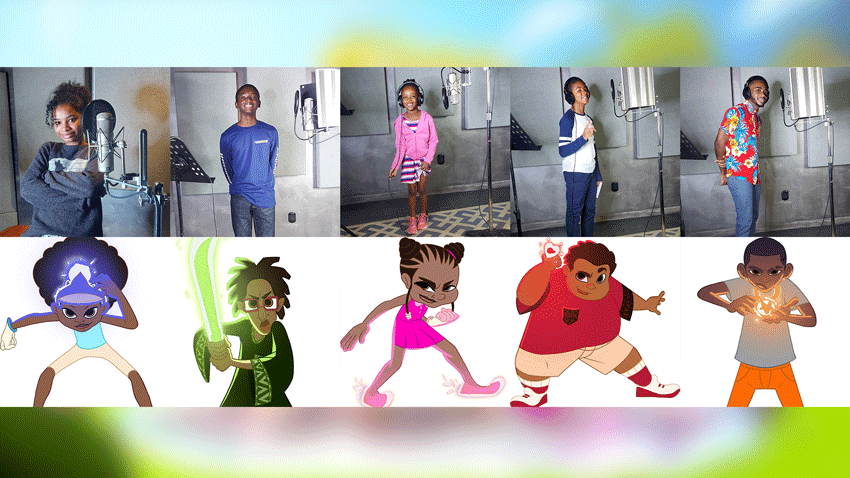 Yes, we are fangirling again here on SocaMom! One of our faves – SocaMom Summit speaker, mom, entrepreneur, filmmaker, writer, director, producer, and now songwriter – Kafi Kareem just shared a musical teaser, a song called “Show Off” from her upcoming film, The Caddy Club.

I am a huge fan of the voice talent on this film, Osei Blake, Selena St. Vincent, Leisha Imani, Sloan De Leon, and Jarlon George, who voice the roles of the kid superheroes of ‘The Caddy Club.’

‘Caddy Club’ writer-director-producer and ‘Show Off’ songwriter Kafi Kareem collaborated with DJ J Lava to produce the track for the movie. Check it out on storyplay.tv!

About The Caddy Club:

The Caddy Club is a musical animated feature about kids in a vacation golf camp who unexpectedly become secret crime-fighting heroes when they discover a magical portal on the golf course. To keep them out of trouble over the school holidays, gang-affiliated preteens Ryan (12), Akil (12), and Jamal (9) are sent to a youth golf camp where they meet their new golf coach’s granddaughters, Tameka (6) and Keisha (12). While chasing a ball that lands in the roughs, Keisha discovers a secret hole with an invisible portal to an ancestral realm. All five kids cross over to the magical realm where they meet with ancestors who gift them mystical tokens containing the powers of love, courage, cunning, wisdom, and motion to fight crime lords recruiting young children to join their street gangs. But their new crime-fighting power comes with one important condition — they must keep it a secret. Determined to save their friends from a life of crime, the five kids take up the challenge to covertly defeat the neighbourhood gang, and the Caddy Club is born.

For more information about The Caddy Club…

Pre-order The Caddy Club (no purchase necessary to register) – https://mailchi.mp/7a71eb59b951/o2g7jlhi5y

Full Interview with the cast of The Caddy Club – https://www.youtube.com/watch?v=xvzKIWxiF2E