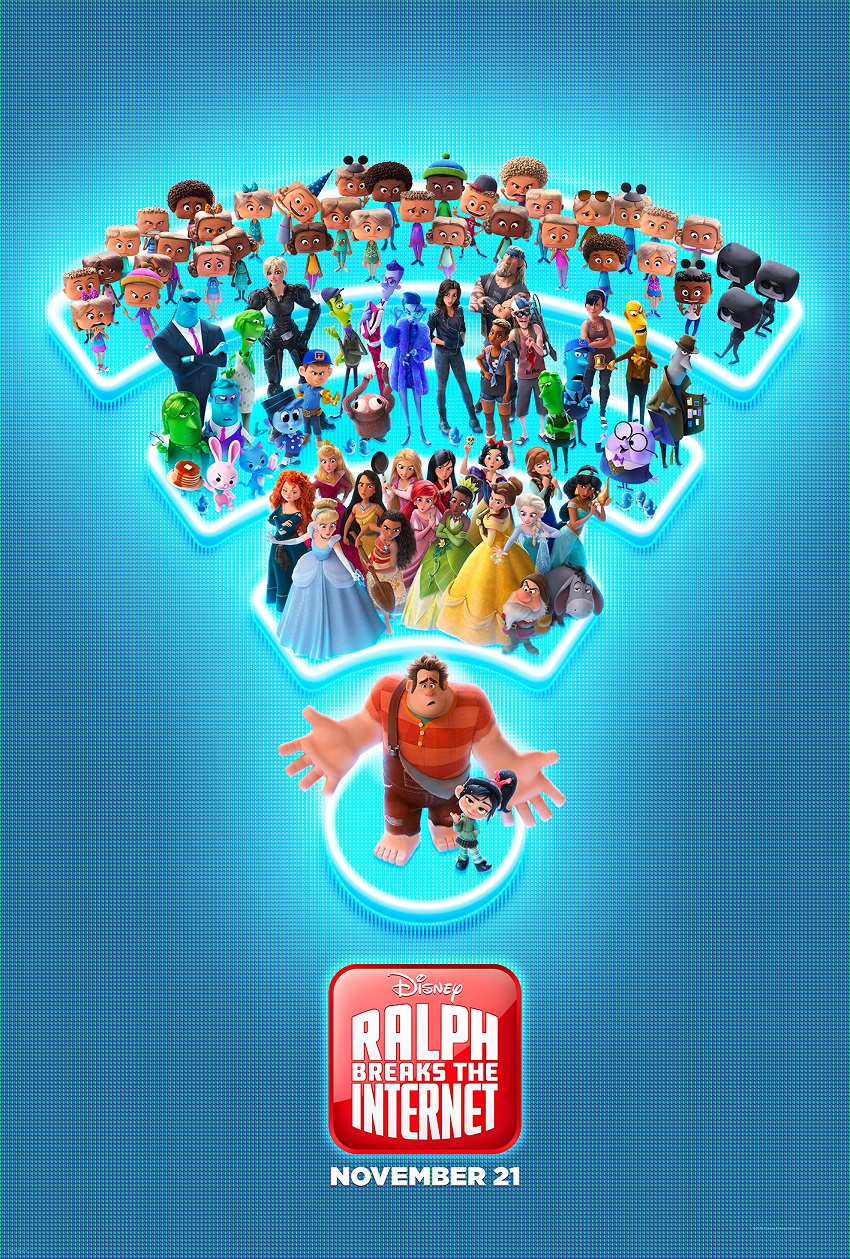 Disclaimer: I was given passes to Wreck-It Ralph 2: Ralph Breaks the Internet for myself and my family for the purpose of reviewing this film. The opinions are my own.

Growing out of a friendship is one of the scariest things that can happen to a person. Movie after movie is made about this painful, yet necessary evil and they remain inexplicably popular – like horror movies. You may not see it coming, and be devastated by the blow. You may be the friend who has grown out of the relationship but is having a hard time letting go. You may both be watching the friendship change, and are each in denial. No matter how it happens, it is never easy, can be super awkward, and almost always makes for a really great movie.

Ralph Breaks the Internet is rated PG for “some action and rude humor,” but it is about video games – that is basically the essence of video games – and the internet, right? Either action, or humor, or both. Despite the rating, kindergarteners to retirees can relate to outgrowing a friend – the guilt of leaving them behind, the elation of freedom, the pull of the past.

When I was 5, I had one best friend, and one best friend only… Risha Collins*. Risha was at least a year and a half younger than me, but you wouldn’t know it. She was so smart and funny, and she was nearly my size. We went to a school where there weren’t really classes, but you just went with the people that you were intellectually matched to and learned what you needed to learn. She was in at least one of my groups and at recess we were inseparable. I was so happy to learn that we would be going to a new school together the next year, but I would only see her at drop off and pick up. Our new school had a traditional grade system and she was in kindergarten, and I was in first. After a few days, I moved to second grade and we never saw each other. By the time she came over to my house the next time, I didn’t understand how we could have ever been friends. I didn’t notice how young she was until I hung out with people nearer to my age and older.

In “Ralph Breaks the Internet,” video-game bad guy Ralph (voice of John C. Reilly) and best friend Vanellope von Schweetz (voice of Sarah Silverman) leave the comforts of Litwak’s arcade in an attempt to save her game, Sugar Rush. Their quest takes them to the vast, uncharted world of the internet where they rely on the citizens of the internet—the Netizens—to help navigate their way. Lending a virtual hand are Yesss (voice of Taraji P. Henson), the head algorithm and the heart and soul of the trend-making site “BuzzzTube,” and Shank (voice of Gal Gadot), a tough-as-nails driver from a gritty online auto-racing game called Slaughter Race, a place Vanellope wholeheartedly embraces—so much so that Ralph worries he may lose the only friend he’s ever had.

I really enjoyed the movie. I went with my kids who are 12 and 13, and they didn’t get all of the old school cartoon or video game references, and even though they know about social media, they aren’t on it themselves (I manage their social media accounts for their businesses) so some of the logos and jokes went over their heads. If you grew up in the age of AOL CD’s that came in the mail, and that lovely sound of dial-up connecting, there are some special moments in the movie JUST for you. Disney even pokes fun at itself. As an adult, do you ever find that the Disney Princess stories are a little… well… ahem… anyway – the Disney princess scene is bound to be a classic. My 12-year-old is going through a bit of a feminist awakening of sorts but still loves her some Disney princesses, so that scene was her favorite. When you see the movie, come back to the comments and tell me what you thought!

Now what you came here for…

Yes. If the only other alternative is G, then yes. PG it is. There’s not a lot of violence, but for a kid to truly enjoy it, they need to have some idea of how the internet works. The internet is also not a rated G place. Some would argue that it isn’t even PG… or PG-13. I am one of those people. They did portray the dark sinister corners, but only as a place where people who come up with viruses live. We know that it can get much much darker. It also dealt with bullying via the comments section, which a lot of older kids who spend time on youtube can understand. My daughter has a youtube channel and hasn’t experienced any negative comments yet, but any social media veteran knows – if you want to continue having a great day, never read the comments.

Yes. I enjoyed it quite a bit, and if you are nostalgic when it comes to the early days of the internet, you will love some of the cool easter eggs.

I took my 12 and 13 year old and they liked it a lot. The only criticism that my daughter had was that she felt the relationship between a “grown man” and a little girl to be creepy.

It’s kind of weird that he spends all night with her jumping through video games and hanging out. If he’s an adult, I think he needs to find other friends. It’s a real problem that he can’t stand her to be apart from her, and won’t let her do anything by herself. Like a parent that doesn’t want to let go of their kid. But, problem is, HE IS NOT HER PARENT, he is an adult – even though he is a cartoon adult – he is still grown and should have friends his own age. – Eden from Lemonerdy

(WARNING – THE ABOVE VIDEO REVIEW HAS SPOILERS)

My 13-year-old agreed with the 12-year-old’s assessment. His favorite thing was all of the references to things in the real world and other movies and TV shows that he recognized.

One day, I was at my best friend’s parent’s house hanging out as we did pretty much every Thanksgiving since we were in our teens. I had come down from DC and was chatting up her nephew’s girlfriend (they are around the same age), and then said something like, “wait – I didn’t catch your name.”

I’m not sure what came over me, but I was overwhelmed. I got up and went into the formal dining room where you could only go on special occasions and wept. I hadn’t seen Risha in over 20 years at that point, and I was overcome. The Ford Expedition in the driveway that I had to squeeze my identical Ford Expedition around to park? Hers. The other little 6-year-old in the house hanging out with my 6-year-old? Hers.

In an ideal world, we would have become best friends all over again. I was the nostalgic one who remembered every detail of our friendship all those years ago. However, the gravity of our meeting and our uncanny similarities as adults would be lost on her. The next year, even though we didn’t talk again outside of random meetings when we were among my best friend’s family, we would choose the same day for our wedding day – 600 miles apart.

She lives about 20 minutes from me now, in the city I moved to after I left my hometown. I drive through it several times a week. She has another child who is the same age as my middle son. Our kids haven’t hung out despite proximity in age and location. We continue to lead these seemingly parallel lives, but like parallel lines, we don’t cross paths.

While my story didn’t have the happiest of endings, fear not – this movie is a Disney movie, so we know how it will end in that regard. ALSO…. DON’T LEAVE AFTER CREDITS! I always want to scream that as people file out of the theater. Ever since Marvel became part of Disney, I have stayed to see the lights come on in the theater before I left. You should do the same.

Have you ever outgrown a best friend? How did you cope?