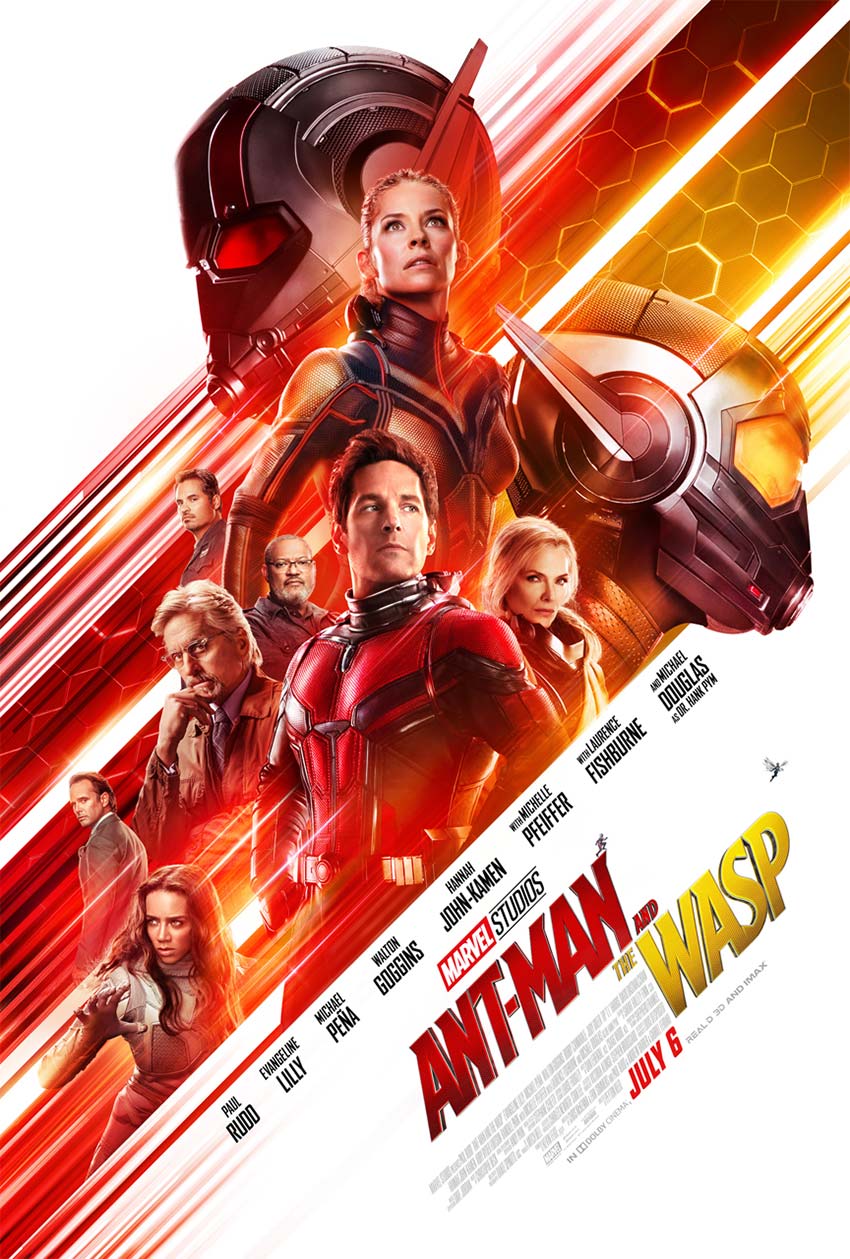 Sometimes you just need a minute.  When I was given the opportunity to see Ant-Man and The Wasp last week, I jumped at it. Not because I had been waiting since the last Ant-Man movie (because I haven’t), but because it was at a time of day when I would get to watch it all by myself.

Still, because I’m a mom who doesn’t feel right having too many things to myself, invited my oldest to check it out. However, I had a feeling that he wouldn’t end up coming. While I was a little disappointed when he didn’t come at the very last minute because we always see these types of movies together, but I quickly settled into the idea that I would have a few hours to do me.

I got checked in, bought my popcorn and ICEE for one, and found my spot right in the center of the theater.  It was mid day, all DC reviewers with their popcorn, pads, and pens – and not a single child in sight. It was glorious.

I haven’t seen the first Ant-Man movie, so I had no idea what to expect. I just hoped that I’d be able to enjoy it without knowing any backstory. Fortunately for me (and you), I could. My other hope was that I would be able to stay awake. You give a tired mom of three some air conditioning, a snack, and darkness? That is a recipe for a nap. Without my kids there to nudge me, I was legitimately worried.

From the Marvel Cinematic Universe comes “Ant-Man and The Wasp,” a new chapter featuring heroes with the astonishing ability to shrink. In the aftermath of “Captain America: Civil War,” Scott Lang grapples with the consequences of his choices as both a Super Hero and a father. As he struggles to rebalance his home life with his responsibilities as Ant-Man, he’s confronted by Hope van Dyne and Dr. Hank Pym with an urgent new mission. Scott must once again put on the suit and learn to fight alongside The Wasp as the team works together to uncover secrets from the past.

The movie begins with Paul Rudd’s character being a typical dad who has to get VERY creative in order to entertain his daughter while on house arrest. If you spend any time on the internet you have seen the dad who created a roller coaster for his daughter with a laundry basket and a big screen television. Dad stuff – and around here – mom and dad stuff.

Check out this Ant-Man and the Wasp inspired video that we made as a family. We do a lot to keep kids entertained around here too!

It was interesting to see a dad struggling with work-life-saving the world balance. It feels like, as a mom, I am struggling with that daily – and sometimes it does feel like house arrest. Escaping that house arrest to work and have a little fun disguised as work can be near impossible and riddled with guilt. As far as that part goes, this movie was pretty true to real life. Other than that, it sits squarely in the fantasy world and stays there.

I’m a former single parent, I appreciated (and was just a tad envious) seeing co-parenting that seemed to work on the big screen, rather than the usually contentious nature of these relationships as a story line. While that level of support, understanding, and teamwork probably is as fantastical as shrinking cars and armies of ants in various sizes who do their human programmers’ bidding, it was still great to see.

Now what you come to this site for…

Does it earn its PG-13 rating?

I would take my 12 year old to see it, but that’s about as far as I would go. There’s one instance of heavy petting, but is it exaggerated in a flashback type of sequence, so it isn’t “real.” But, it might make a parent of a younger child shift in their seat. The family dynamic might be difficult for children under 10 to understand, mainly because the parents get along so well. Even I forgot sometimes that they were not just great friends. There is a lot of fighting and tense moments that result in obvious killing, not just getting “knocked out” so it might be hard for younger, more sensitive kids to get through the fight scenes. Of course, it is Marvel, so somebody’s parents had to die. You knew that already though… That’s not a spoiler.

Bottom line, should you go see it?

Yes. I want to see it again with the kids! You have to see it on a big screen. I saw it in 2D, and had a ball, so I don’t think you need to see it in 3D or anything. Although I could see how the movie could be enhanced by 3D if you are into that.  The special effects were amazing, and I found myself obsessed with figuring out how to do my own shrinking special effect with the kids. See how that turned out here!

Older kids, yes. They may judge you if you aren’t as great of a co-parent as Ant-Man is in the movie, so make sure you spring for extra snacks at the theater.  It is VERY funny. I was surprised at the number of times that I laughed out loud. T.I. was hilarious, but I bet that Michael Peña’s character will be the family favorite. And please, for the love of everything sensible, do NOT leave the theater during the credits. THERE ARE TWO EXTRA SCENES. STAY FOR BOTH. I would recommend it for a mature 12 and over. IT is rated PG-13 and is in theaters on July 6th.